The Distribution Centers of America (www.teamdca.com), publishes a regular series of spotlights on its sixteen member companies, each a ‘best-in-class’ 3PL providing regional services, and together providing national warehousing and transportation services strategically located throughout the US. The following article highlights insights and trends in the Pacific Northwest market, drawn from an interview with Mitch Sullivan, VP of Business Development for United Warehouses, Inc., the DCA member company located in Seattle, Washington and providing service throughout the Pacific Northwest. United Warehouses President Tom Herche is currently serving as Chairman of the International Warehouse Logistics Association (IWLA).

Business is Good in the PNW – Economic Rebound Plus ‘Gorilla’ Growth

Overall, business is pretty good right now in the Pacific Northwest, with the Seattle, Washington and Boise, Idaho areas particularly strong and Portland, Oregon lagging a little behind. The Seattle area boom reflects both general economic recovery and the highly positive impact of massive growth by local industry ‘gorillas,’ such as Amazon, Boeing, and Microsoft. Amazon now has a number of distribution centers (DCs) in the area.

United Warehouses, Inc. is growing in lockstep with the burgeoning market, supporting a number of the supplier companies to these giants. For example, United Warehouses handles a large account which provides packaging materials used by Amazon for its fast-growing volume of shipments out to consumers throughout the United States. United Warehouses brings in the bags, boxes and other packing materials from multiple suppliers and follows through with warehousing, delivery and transportation to them. United Warehouses team receives, breaks, sorts and delivers an array of foods and food ingredients from suppliers in Asia and the United States, and handles packaging and delivery to Costco, requiring strong relationships with both Costco and its importers.

United Warehouses also serves the Alaska market which means receipt and handling of absolutely everything the people in the state require to live, from consumer goods to foods and furniture, cars and construction materials. Ten years ago, United Warehouses acquired Alaska Traffic Company, which serves the Alaska market. The facility in Seattle, Washington receives freight from all over the world, consolidates shipments into containers for movement to Alaska via all major water carriers serving that state. They are doing quite well in volumes both on their fast steamship service as well as via barge, a slower but less expensive alternative preferred by many companies returning to their former strengths.

West Coast Port Delays a Critical Issue for the Market

The biggest issue for anyone operating in the US West right now is the ongoing labor dispute at west coast ports. At the Ports of Seattle and Tacoma, where longshoremen have been operating without a contract since July, 2014, delays are a daily occurrence, creating issues for United Warehouses and its customers as well as the entire industry and region. Most containers coming in from Asia move via rail, primarily to the Midwest, with stops for many in Seattle. United Warehouses operates six warehouse facilities in Seattle, Washington receiving between 25-30 import containers every day. United Warehouses works day by day with the drayage companies to stay on top of what’s coming in, and is grateful that so many retailers anticipated the issue and ordered in a great deal of product much earlier this year, to ensure inventory where needed for the most part.

Still, the port slowdown is wreaking havoc not only on inbound shipments, but with outbound shipment delays. Eastern Washington State is a big exporter of apples and wheat products, which are not getting loaded out to Asia and losing freshness everyday on the docks, with no end in sight.

Another of the issues facing the Pacific Northwest, as the local economy rebounds, particularly in the city of Seattle, is that attracting and hiring the right people has become more critical than ever. United Warehouses has 150 employees and is hiring in all areas, from warehouse personnel and clerical to truck drivers. The company was founded in 1948 as a warehouse company.

When Tom Herche took over in 1974, he saw the additional business opportunity in handling the freight to and from the warehouse, and launched a sister trucking company: Herche Transfer. Today Herche Transfer operates 40 power units with 40 drivers running between Seattle and Portland to service warehouse customers on an outbound basis, handle pickups from United Warehouses facilities and deliveries to the customers’ customer.

United Warehouses is hiring and growing, expanding in just the past eighteen months from four facilities to six in the burgeoning Seattle market. A good portion of that growth is driven by growth in the organic foods market. Take Nature’s Path Foods, produced in British Columbia, Canada, for example. When Nature’s Path launched its organic cereal, five years ago, United Warehouses handled its inventory of about 800 pallets of product in Seattle. Today United Warehouses manages an inventory of more than 20,000 pallets for Nature’s Path, servicing the entire United States and working with the growing company to define an appropriate network structure as volumes warrant a shift for local market management of inventories in major US markets.

Because the Northwest economy is strong, more manufacturers are looking into directly entering the regional market which they’ve traditionally served from Reno, Nevada, California, or Denver, Colorado. Major national brands have been establishing local operations and distribution centers for the first time. And others are turning to 3PLs such as United Warehouses to open those operations for them, avoiding the expense of operating and staffing their own facility. United Warehouses has picked up several new consumer goods customers in recent months.

In 2012, the state of Washington essentially got out of the business of selling alcohol – eliminating the laws around liquor permitted for sale only through state run stores. The legislation brought distributors and retailers, new to the State of Washington into business, which has also meant some new customers and business for United Warehouses, which has a solid reputation for excellence in the food and beverage sector.

For the most part, during the economic slowdown, companies involved in provision of basic staples such as food and grocery distribution, are not as impacted as businesses built around less essential items. United Warehouses concentration in these areas helped it weather the recession, and now the company enjoys incremental growth as liquor and cigarettes additionally grow in volume.

Focus on the Fundamentals Every Day

United Warehouses, Inc. is dedicated to providing the best possible service to its customers and to continuing its organic growth in the coming years. Learn more about our warehousing, transportation, and logistics services.

Request a quote or contact us today to learn how to get your products on your customer's shelves in the Pacific Northwest on time, and at a competitive price. You will receive a custom proposal tailored to your distribution requirements. 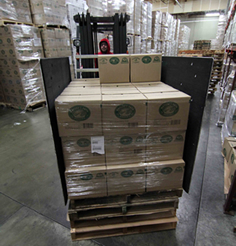 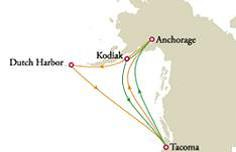